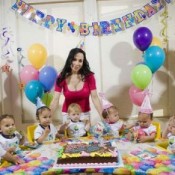 An employee at a West Palm Beach, Florida strip club, T’s Lounge, called Nadya ‘Octomom’ Suleman “a little bit crazy” on national television.  T’s Lounge was the selected club that the ‘Octomom’ was going to take it all off in attempts to get cash for her 14 children.  She needs major help with food, mortgage, and schooling.

According to TMZ, the ‘Octomom’ announced that she would not go through with her plans to appear onstage in July.  This has angered the lounge’s owners and now they are threatening to sue.

Lawyers of the ‘Octomom’ maintain that she will not show up at T’s despite her agreement to dance there.

The mother of 14 has already filed for bankruptcy, in which did not go through because she failed to fill out the papers correctly. 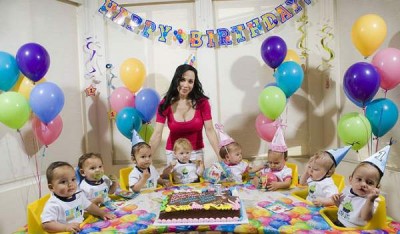 Somebody should really consider taking these babies –

In an interview with In Touch magazine, Nadya Suleman who was labeled with the moniker “Octomom” after she gave birth to octuplets in 2009, told the publication,

“I hate babies, they disgust me.”

She went on, “My older six are animals, getting more and more out of control, because I have no time to properly discipline them.” 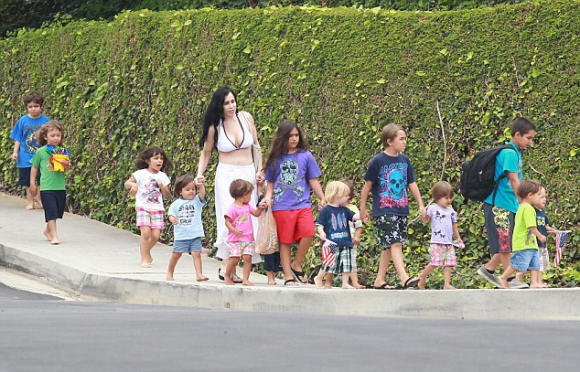 The single mom told the magazine that the only way she can cope is to lock herself in the bathroom and cry.

“Sometimes I sit there for hours and even eat my lunch sitting on the toilet floor. Anything to get peace and quiet,” she said.

She’s existing right now on public assistance from the state of California, but even that may not be enough to support her large family.

Suleman admits that her bank account is “overdrawn by $300 and I have no money to pay for the children’s school, food or the mortgage.” She’s previously hosted a yard sale at her La Habra, California home to deal with financial hardship, and has reportedly signed on to be on the HDNet reality TV show Celebridate.

The hardships associated with voluntarily undergoing reproductive procedures to give birth to eight infants, are straining the single mother. 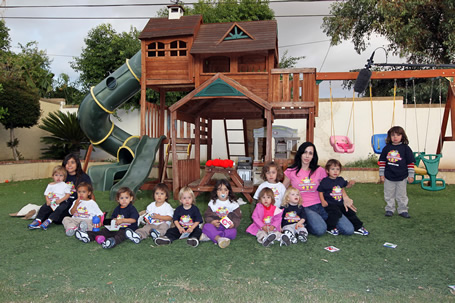 “Some days I have thought about killing myself. I cannot cope,” Suleman tells In Touch. She says of her kids, “Obviously, I love them – but I absolutely wish I had not had them.”

Nadya Suleman will appear on HLN’s “Dr. Drew” on July 12.

Watch this video of her and her brood appearing on “The Today Show,” judging from the looks of that…she doesn’t have everything under control.

You know that feeling you get when you bite off more than you can chew? Oh, yeah. Octomom is feeling that pain right about NOW!

She’s clearly exhibiting signs of depression and somebody needs to step in and make things right for her children, before it’s too late!

Do you think Octomom should lose custody? Any ideas for her to seek help? Should we care?