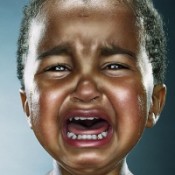 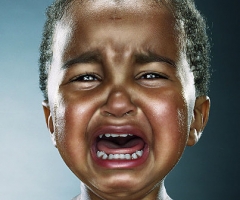 Two children had the audacity to sue their mother over her “bad mothering.”

Raised in a $1.5 million Barrington Hills home by their attorney father, two grown children have spent the last two years pursuing a unique lawsuit against their mom for “bad mothering” damages allegedly caused when she failed to buy toys for one and sent another a birthday card he didn’t like.

The alleged offenses include failing to take her daughter to a car show, telling her then-7-year-old son to buckle his seat belt or she would contact police, “haggling” over the amount to spend on party dresses and calling her daughter at midnight to ask that she return home from celebrating homecoming.

Last week, when the court record stood about a foot tall, an Illinois appeals court dismissed the case, finding that none of the mother’s conduct was “extreme or outrageous.” To rule in favor of her children, the court found, “could potentially open the floodgates to subject family child rearing to … excessive judicial scrutiny and interference.”

In 2009, the children, represented by three attorneys including their father, Steven A. Miner, sued their mother, Kimberly Garrity. Steven II, now 23, and his sister Kathryn, now 20, sought more than $50,000 for “emotional distress.”

Miner and Garrity were married for a decade before she filed for divorce in 1995, records show.

Among the exhibits filed in the case is a birthday card Garrity sent her son, who in his lawsuit sought damages because the card was “inappropriate” and failed to include cash or a check. He also alleged she failed to send a card for years or, while he was in college, care packages.

On the front of the American Greetings card is a picture of tomatoes spread across a table that are indistinguishable except for one in the middle with craft-store googly eyes attached.

“Son I got you this Birthday card because it’s just like you … different from all the rest!” the card reads. On the inside Garrity wrote, “Have a great day! Love & Hugs, Mom xoxoxo.”

In court papers, Garrity’s attorney Shelley Smith said the “litany of childish complaints and ingratitude” in the lawsuit is nothing more than an attempt by Garrity’s ex-husband to “seek the ultimate revenge” of having her children accuse her of “being an inadequate mother.”

“It would be laughable that these children of privilege would sue their mother for emotional distress, if the consequences were not so deadly serious” for Garrity, Smith wrote. “There is no insurance for this claim, so (Garrity) must pay her legal fees, while (the children) have their father for free.”

When is it acceptable to be an adult child and want to make your parent financially responsible for how they raised you?

I’m telling you this generation of entitled children is getting out of hand!

Honor thy father and thy mother.

Do you think that these siblings were wrong for their lawsuit?