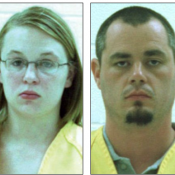 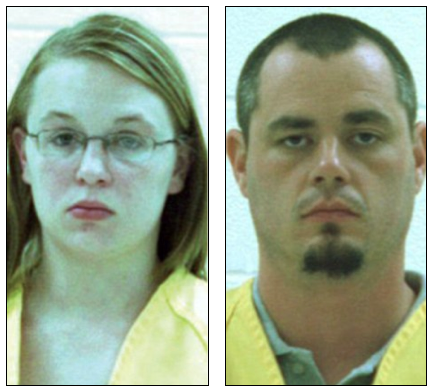 Couple Wanted To Feed Reception Guests By Any Means Necessary

Most people pay a catering company for their wedding reception, but one couple decided they’d just get everything they needed for….FREE.

Arthur Phillips III, 32, and his new bride Brittany Lurch, 22, were arrested after taking $1,049 in merchandise from a Wegmans supermarket.

Patton Township police said the couple were captured on surveillance video loading a shopping cart and leaving the store without paying.

A short time later, the pair returned to the same store to place an order for a seafood platter. It was then that they were placed into custody.

As they were arrested, the couple told cops the items, which included food and disposable dinnerware were for their wedding reception that evening.

They had married the day before, on August 18 and had reportedly scheduled their reception for 5:30pm on the 19th, but they never made it.

Miss Lurch, a mother of two children from another relationship, and Mr Phillips were charged with retail theft and receiving stolen property.

Mr Phillips was additionally charged with possession of drug paraphernalia after officers found a glass pipe with marijuana residue on it.

He was released on August 22.

‘It was certainly an unusual event and we’ll let everything work through the court system at this point.’

What’s the wackiest wedding reception meal that you’ve had?