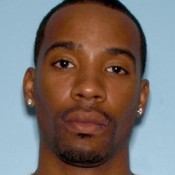 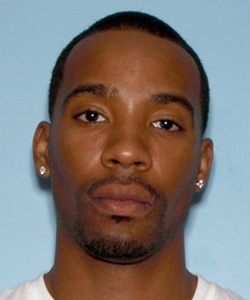 Ex-Laker Was Suspended From The League

For some reason ex-Laker player Jarvis Crittenton can’t seem to stay away from the wrong side of the law.

Crittenton was first suspended from the NBA after a locker room dispute with teammate Gilbert Arenas. When he was with the Washington Wizards in December 2009, Crittenton and Arenas had a dispute over a card game on a team flight. Two days later, Arenas brought four guns to the locker room and set them in front of Crittenton’s locker with a sign telling him to “PICK 1.” Crittenton then took out his own gun.

He was arrested by the FBI Monday evening. He was found in California at the John Wayne Airport in Orange County after checking in for his flight.

Police in Atlanta had obtained a murder warrant for Crittenton in the Aug. 19 shooting of 22-year-old Jullian Jones, a mother of four young children, as she was walking with two men. Police believe one of the men with her was the target.

Police spokesman Carlos Campos had said the motive appears to be retaliation for a robbery in April, in which Crittenton was a victim.

Crittenton pleaded guilty in January 2010 to a misdemeanor gun charge and received a year of unsupervised probation. Arenas entered his guilty plea on Jan. 15. He served a short time in a halfway house.

I just wish that the men who have been given this once in a lifetime opportunity – to change their lives…could rise above the temptations of their past lifestyles. Millions of boys grow up wanting to become professional athletes and it seems like a few of them are more interested in being “tough guys” over working hard to hone their craft and become role models.

Players with great PR are making the most money through endorsements and such.