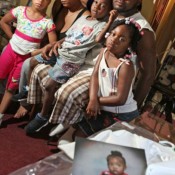 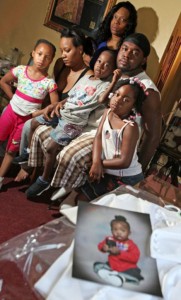 Imagine preparing a beautiful funeral service for your deceased child – only to find out there isn’t a body.

That’s what happened to one family who’s toddler was cremated, by mistake.

The body of 14-month-old Jaylen Talley was mistakenly released to the Marlan J. Gary funeral home in Ohio last year.

The funeral home had been asked to handle the body of another boy, a 22-day-old baby whose family wanted a cremation.

Cremation is against the religious beliefs of Jaylen’s parents, who had planned to bury the toddler in a tiny white tuxedo, the Columbus Dispatch reported.

The infant had suffered from breathing problems during his brief life and is believed to have died of a chronic illness.

Jaylen is survived by his father, Marico Talley, his mother, Jamere Sydnor, two sisters and a brother.

I’m wondering if the funeral home will face any other consequences, those kind of mistakes just aren’t acceptable!

I’m telling you when you do business with ANYONE…make sure you do your research and make sure they’re reputable!