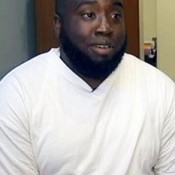 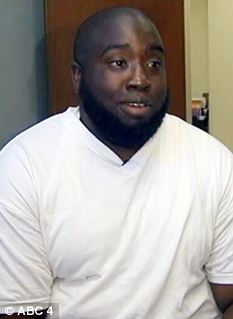 Imagine trying to sign-up for a last ditch effort to save yourself thousands of dollars…and being DENIED.

After going to the emergency room with chest pains Johnson found out he had breast cancer.

If that’s not horrible news…Johnson soon worried about how he would be able to afford the treatments needed to save his life, after learning that Medicaid would not be offered to him.

A patient advocate at the Charleston Cancer Center attempted to set him up with coverage from the state-run program, only to have his application denied because he was a man.

‘He’s young, he’s working and he’s worried this could be financially devastating to him,’ Susan Appelbaum told ABC4 News.

Mr Johnson, who found a lump about a month ago, is on his second round of chemotherapy, with each course costing him around $10,000.

He said: ‘Right now I’m stuck with these bills and I’m just trying to find a way.’

Talk about reverse discrimination!! Although men only make up about 2,000 of all the yearly breast cancer patients…they should still be able to receive treatment!

What do you think? Discuss it in our forum!