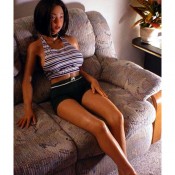 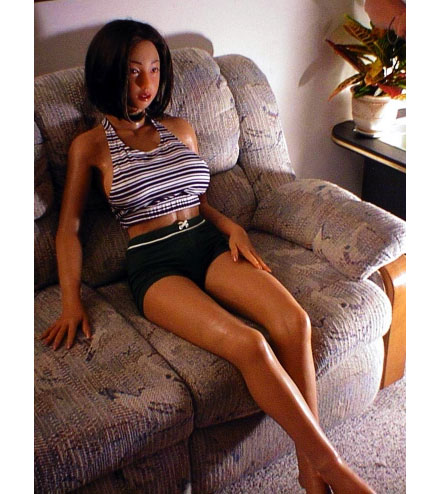 Some men have Gameboys, some have Wii’s, and then there’s always the few with dolls.  And no, not the ones that your 3-year-old daughter is playing with.  These dolls are made for men.  They are life-size and their purpose is to serve as dates and often to fulfill sexual pleasures.

Nearly 4 years ago, the BBC aired a documentary called Guys and Dolls. The documentary showcased the obsessions, motivations, and passions of “RealDoll owners”.  In that documentary, some RealDoll users claimed that their life-sized plastic women were the cure to their loneliness, while others were used solely for sex.

Everard, a RealDoll user, says his reason for the doll was a result of the awkwardness he felt around attractive-looking women.  According to reports, RealDolls claim to provide comfort for men with low self-confidence and those that struggle with dating.

So, just how many of these plastic ladies are made each year?  400 to
be exact, each going for nearly $7,000 a piece!  Each comes fully
customized to order.  You can order a plastic preggo woman for $7,000!
Not your type?  How about an 80-year-old woman with facial hair?  The
possibilities are endless…

Matt, the creator of RealDoll, explains,

“Everybody doesn’t have social interaction problems, but some do.  Some guys cannot talk to a
girl…They go to work and they come home, and they’re excited to see their doll.”

But why the dolls?  Is it really just for a pathetic means of pleasure?  Are real women that challenging and intimadating that you have to turn to plastic?  Some RealDoll users claim to use the dolls as substitutions for real girlfriends; for companionship.

Davecat, a RealDoll owner from Michigan, shares, “It’s the difference between
being alone and lonely.  Being alone is one thing.  I don’t mind being alone at all.  However, I cannot stand being lonely…”  BBC revealed that Davecat shares a room in his parents’ house with his doll, Shi-Chan, to whome he applies makeup and dresses every day.  In the documentary, you’ll find him kissing and rubbing her feet, providing the same level of affection that many men give their real-life girlfriends.

Other RealDoll users reveal that these plastic females are just easier to deal with because “in the back of my mind when I’m having sex with a real woman, it’s like ‘damn I hope I don’t get her pregnant’ or ‘I hope she ain’t got no disease.’”  Not to mention, she’s less expensive…after that initial $7000.

Addressing the same increase in self-worth, Debra, the Office Manager of RealDolls shares, I’ve had customers say to me ‘You know, I’m 50 years old and I’m losing my hair and I’d never be able to get a real woman that would look like [the dolls].  But the RealDoll can give me
that and she will love me no matter what.”

What do you think, ladies?  Could you get over a man’s crazy fetish like this?  No?  Oh, don’t worry, guys.  There’s other plastic women in the sea…