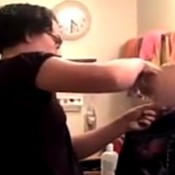 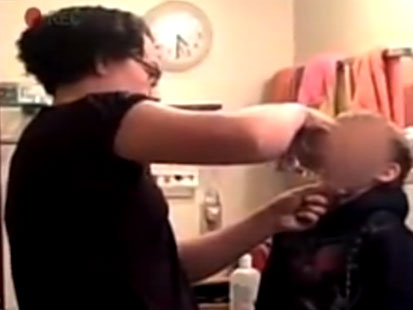 When Is Discipline Considered Child Abuse?

Have you ever become FED UP trying to discipline your child? Were time-outs and restrictions not working? One moms unconventional discipline methods has landed her a conviction for child abuse.

A jury in Anchorage, Alaska, convicted Beagley, 36, of misdemeanor child abuse for forcing her adopted then-6-year-old son to swish hot sauce in his mouth as a form of punishment after he misbehaved.

Beagley and her husband, Gary, an Anchorage police officer, adopted the twins in 2008 when they were 5 years old. The boys had already spent three years in an orphanage. When located by Russian authorities, their family was living in a shack and the twins were sleeping on shelves in an armoire.

One of the twins made a fairly easy adjustment to his new home in Alaska, but the other exhibited behavioral problems that included lying and urinating on the floor.

Prosecutors charged the punishment — she also had her son stand in a cold shower — was recorded on an audition tape to get onto the “Dr. Phil” show. The episode, called “Mommy Confessions,” aired last fall and caused outrage that ended with charges being brought.

Beagley could face the maximum of one year in jail, a $10,000 fine and up to 10 years probation when she’s sentenced Monday, according to reports.

Neither Beagley or her husband showed emotion after the verdict was read. They exited the courtroom quickly and didn’t answer reporters’ questions.

Now, I know some of us have received beatings via phone cords, extension cords or even paddles and most of our mothers weren’t charged with child abuse.

Was this mother wrong in her discipline method? What is classified as child abuse?

Please weigh-in, I want to hear from you!