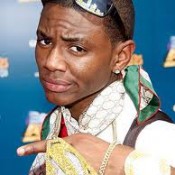 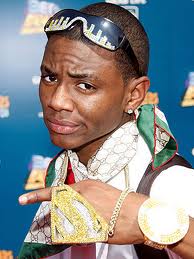 It’s strange to imagine America in so much financial trouble right
now.  If you don’t know by now about the debt crisis we’re going
through then you must not have access to television, newspapers, or
computers (which would probably mean you wouldn’t be reading this
right now…)

In the midst of all the financial hoopla in our nation, it would seem
baffling that barely legal celebrities with enough money to buy
themselves $55 million birthday gifts.  Well rapper Soulja Boy told
the media that he “pretty-boy swagged” out on his birthday last week.

Like a lot of rappers that often claim they’ve got “money to blow”,
rapper Soulja Boy owes a lot of money to the government. If you’re
like me, you’re probably confused by this after the rapper claimed he
purchased a 55 million dollar jet to celebrate his 21st birthday.
Instead of bringing welcomed attention to his financial situation,
Soulja Broke took back his claims of a $55 million jet and news about
his real money woes surfaced.

The State of California recently filed a $26,805 tax lien against
Soulja, which he still has not taken care of. He must have been to
busy “crankin dat soulja boy” because after finally paying off a
$3,000 debt to the state of Mississippi, he also faced another
finacial dilemma when his Georgia Home was foreclosed last year.

Listed as one of hip-hop’s highest earners from concert and ringtone
sales, Soulja Boy, who made an alleged 7 million in 2010, is only 21
and has many years ahead of him.

Do you think the entertainment business breeds money-blowing
celebrities?  Or do you think “to each his own”?