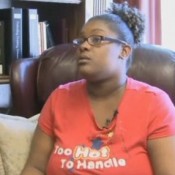 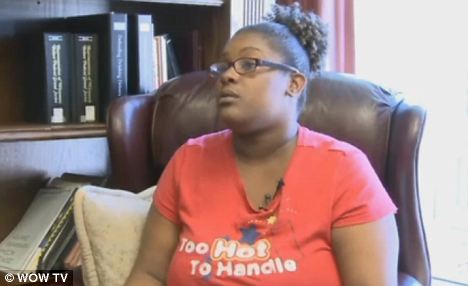 Sequoia Wilkinson, the mother of the 13-year-old boy.

Mothers’ of Boys Forced To “Slap It Out” Outraged

Seems like everybody is offering their own unique ways of disciplining children these days.

A 39-year-old teacher has been accused of marching two arguing students from his classroom and ordering them to resolve their dispute by fighting outside.

The boys, who are just 14 and 13, were forced to ‘slap it out’ with each other for 20 minutes before their teacher, Patrick Kocsis, was satisfied.

He has now been suspended by the district and faces two counts of misdemeanor child neglect after the incident on Monday at McMillan Magnet Center middle school in north-east Omaha.

‘My biggest concern is I raised my son to respect his elders and teachers and to me this is giving a mixed message to children, including my son,’ said Felisa Evans, mother to 14-year-old Micah. 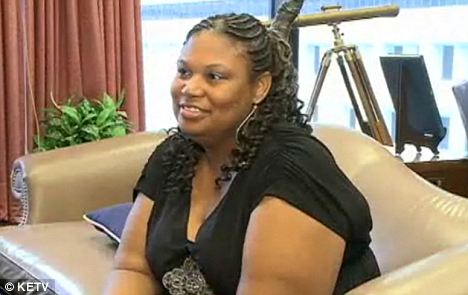 Instead of sending the boys down to an administrator the teacher decided to take matters into his own hands.

Micah said, “The teacher said slap it out. We asked him twice if he was serious and he said yeah.”

So the boys then flailed away and grappled for about 20 minutes.

Micah told wowt.com: ‘We weren’t serious at all, just joking around. I put him (the other student) in a headlock and asked him if he was done and he said yeah.

‘So we went to the teacher and asked him if we can go back in and he said no, keep going.’

The fight was eventually broken up when the principal and a security officer came to investigate a report about a fight.

After questioning, the students told the officer about the teacher’s involvement.

A police report said the incident was recorded by a school security camera outside.

District spokeswoman Luanne Nelson said today that she did not know what started the disagreement between the boys, which began in their eighth-grade science class.

Adults in positions of power are supposed to be role models for our children. This teacher has given these boys a horrible example of how to solve a conflict. In a school system this type of gross judgement should have never occurred. He seriously needs to go through some type of training in order to get back in the classroom.

Do you agree? Should the teacher be punished for his actions?