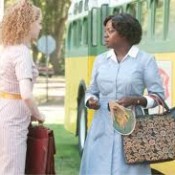 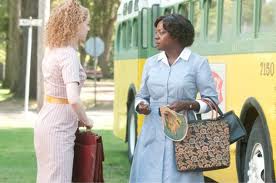 Kathryn Stockett ‘s book “The Help” has now sold over 3 million copies in conjunction with the release of the same titled movie.

The Help brought in $25.5 million dollars over the weekend, making it a box office success.

The film details the racial tensions in Jackson, Mississippi during the early 1960s. A young white woman, Skeeter (Emma Stone) , comes home from college to find the black woman who raised her missing.

She then finds herself enthralled by the black domestic workers – who cater to her every need and are on beck and call for every white person they come into contact with.

A budding writer, Skeeter has dreams of making an impact on society so she decides she wants to write about, “The Help.” She makes friends with her childhood best friend’s maid, Abilene (Viola Davis), who tells her exactly how it feels to serve white families.

The book is published and wrecks havoc on the southern town, which is just beginning to feel the tinges of the civil rights movement.

The film although missing a few accurate historical interpretations, served it’s purpose. It definitely has the country discussing race relations, however timidly.

Ida E. Jones, the National Director of the Association of Black Women Historians wrote an open letter to fans of “The Help,”

During the 1960s, the era covered in The Help, legal segregation and economic inequalities limited black women’s employment opportunities. Up to 90 per cent of working black women in the South labored as domestic servants in white homes. The Help’s representation of these women is a disappointing resurrection of Mammy—a mythical stereotype of black women who were compelled, either by slavery or segregation, to serve white families. Portrayed as asexual, loyal, and contented caretakers of whites, the caricature of Mammy allowed mainstream America to ignore the systemic racism that bound black women to back-breaking, low paying jobs where employers routinely exploited them. The popularity of this most recent iteration is troubling because it reveals a contemporary nostalgia for the days when a black woman could only hope to clean the White House rather than reside in it.

Personally, the movie felt more like coming-of-age story for Skeeter, than a film used to accurately depict the life of black domestic workers. In all of the criticism of the film I think that point was missed. The maids were there to support Skeeter in her quest to find herself after college and if that’s the case then the movie did an excellent job at telling Skeeter’s story.

Have you seen “The Help?” What do you think about the representation of African-American history in the film? Did the movie help or hurt race relations?