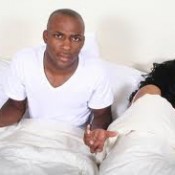 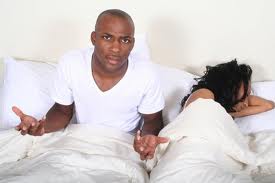 Remember all of the articles, books, and prime-time television slots dedicated to examining exactly WHY black women couldn’t find a husband? Well looks like it’s that time…AGAIN.

The Wall Street Journal offers a solution for women who have been supposedly undesirable, by the same little boys they grew up with.

Ralph Richard Banks think that the solution to the problem is, get this – interracial marriage. Yes, that’s right we can save the black family by encouraging black women to marry WHITE men.

He argues that since more than 70 percent of black women are unmarried, they should stop actively seeking men who share their cultural history and explore other, mixed race options.

Banks say there are two reasons for the problem:

Part of the problem is incarceration. More than two million men are now imprisoned in the U.S., and roughly 40% of them are African-American. At any given time, more than 10% of black men in their 20s or 30s—prime marrying ages—are in jail or prison. 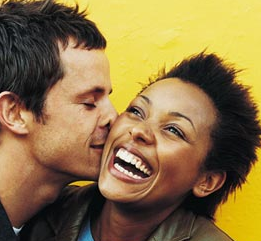 I’m a strong believer in falling in love with whoever you may become attracted too, but suddenly pushing for all black women to marry interracially is a bit much. Let’s get to the root of the problem, rather then just latching on to a surface level cure.

I think it would be a better option to examine why more black men are in prison than in college?  If these black men were given the same chances and on equal footing with the “savior” white men, from birth, I’m sure they’d too be a great match for black women.

I need to hear from you – is this a viable solution for the marriage crisis in the black community?

Should black women open themselves up to dating men of other races?