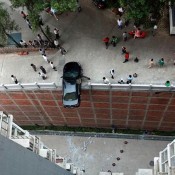 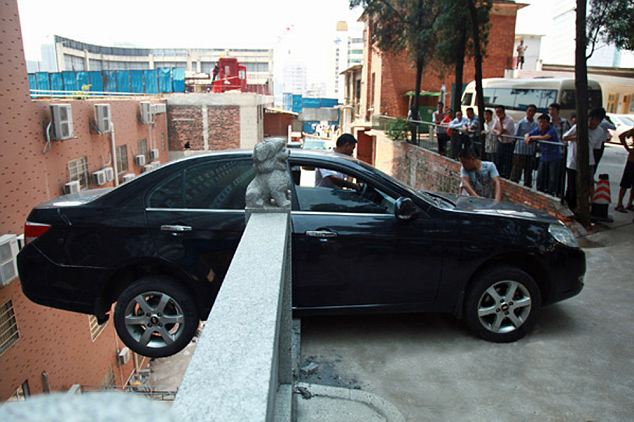 Lovers Lost Focus In Heat of the Moment

Have you ever got caught up in “the moment?”

One couple’s mid day tryst almost cost them their lives.

The couple from Changsha, Hunan province, southern China, had driven to a lay-by on a rooftop car park for a few minutes of intimacy in what they thought were safe surroundings.

And as the loved-up pair’s clinch began to get steamy, the two decided to keep the engine running on their car so they could make use of the air conditioning.

But in the heat of the moment, Qiao Hou kicked the car into reverse, sending it lurching backwards towards a horrifying 60ft drop.

The pair were saved from a deadly fall when passers-by were alerted to the screams of 43-year-old.

Witnesses managed to get to their aid and pull the couple from the car, which was only stopped by its exhuast catching on the broken barrier.

One onlooker, Hui Ying Wu, said: ‘They were very embarrassed but grateful to be alive.’ 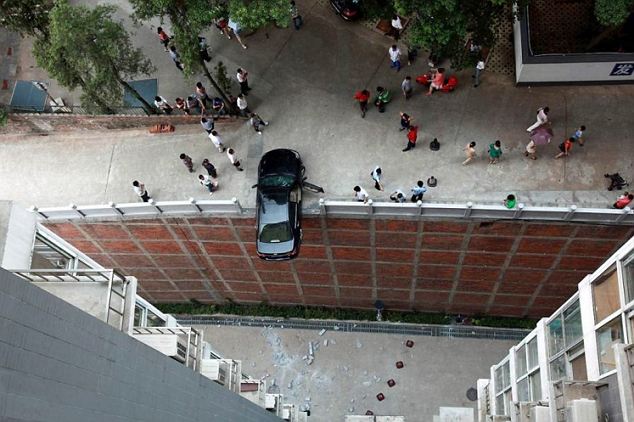 Please be safe people when you’re experimenting with some…err rather exciting places to have sexual intimacy.

What’s the strangest place you’ve been caught up in the moment?