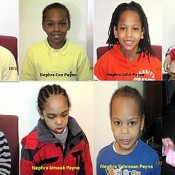 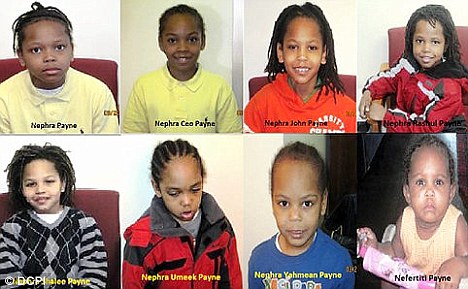 Remember the woman who decided to run off with all EIGHT of her children during a supervised visit with them at Department of Child and Family Services office?

Well she’s been found, along with the father of her children.

All eight of the youngsters are safe and in good condition.

Shanel Nadal, 28, and Nephra Payne, 34, have been taken into custody by police, while their children have been placed with the Harrisburg Administration for Children’s Services in Pennsylvania.

The kidnapping occurred at the Forestdale Child Agency in Forest Hills, Queens, where the children, were sneaked out into a black vehicle and driven away at high speed.

The seven sons aged between four and 11, all called Nephra, and the 11-month-old daughter, Neferiti, were originally placed in a foster care facility in Queens, New York, following allegations of abuse.

The New York mother is believed to have revealed her plan in a text message the day before the abduction.

Amieka Smith, who cares for two of Nadal’s kids, told the New York Daily News that she received a disturbing text from her before they vanished. 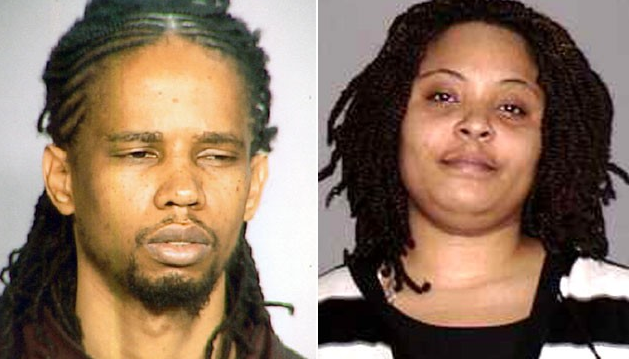 The children had been taken away from Nadal and their father Nephra after a domestic abuse incident, and were placed in three separate foster homes.

I’m just glad that the children were unharmed! No charges have been filed yet against the parents.

Do you think this mother went too far? Or is she right in trying to get her children back?