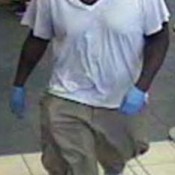 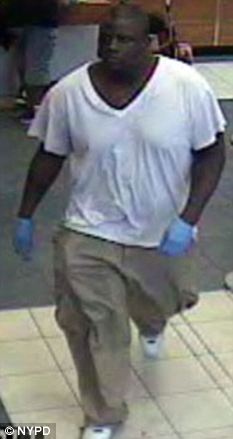 I think I’ve found the next candidate for America’s dumbest criminals.

Charles Burnett, 29, is accused of stealing more than $26,000 from the same downtown Sovereign branch on three consecutive days before he was arrested Wednesday.

Burnett allegedly began his crime spree at 9:19am local time Monday, when he entered the bank and handed a teller a demand note that read, “Put money in the bag, I have a gun.”

Danielle Stephens, 25, a teller who was on her first day at work Tuesday, said Burnett demanded cash but went to another teller after she told him she did not have any.

After he went back to the same bank to rob it again on Tuesday the security-camera photo was put in police stations and published in the New York Post.

On Wednesday Burnett decided to try it again and walked into the bank and managed to leave with $10,002 before being stopped by police.

They spotted him outside the bank and due to the published photos they were able to id him and put him behind bars.

Burnett was charged with three counts of robbery.

Okay I have two questions – Why would you keep going back to the same bank and rob it over and over again? Secondly, do you think he would have continued his crime spree on Thursday if he wasn’t caught?