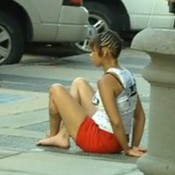 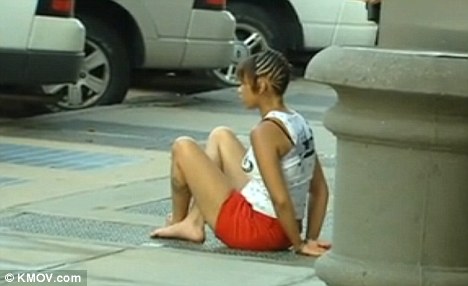 Young Siblings Were Shot In The Head

Another young mother has been accused of brutally murdering her children.

25-year-old Yokeia Smith, is being held for questioning in the shooting deaths of her two children, after officers found her waving a large shotgun on the side of a main road in St. Louis, Missouri.

Yokela Smith, 4, and Levada Brown, 5, had been shot, while a third child, 8, was also in the apartment but was unharmed.

Autopsies on Thursday determined the two children were both shot once in the head at close range with a shotgun and died instantly of the ‘devastating’ injuries.

Smith has not been formally charged with a crime.

After allegedly committing the shootings, she hopped in her car and ran over a father and his young son.

The 42-year-old man and his son, three, were taken to hospital but had non-life threatening injuries.
Police took her into custody but said they still cannot determine her motive for allegedly killing her children. She was rumored to be on anti-depressants.
I’m getting sick of hearing about innocent children losing their lives because their parents aren’t seeking help for their troubles. It’s important to remain healthy not just in body, but in mind and spirit as well!

What needs to be done to help identify the signs and help young mothers at risk for depression?

Yokeia Smith is being charged with first-degree murder in the deaths of her 4-year-old daughter and five-year-old son.