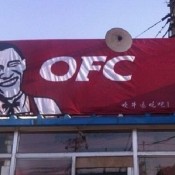 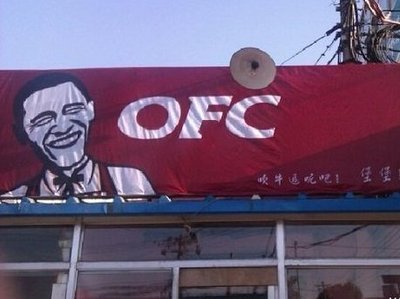 People will try anything to make a profit these days, especially when it’s associated with President Barack Obama.

Obama Fried Chicken, or at least what we assume OFC stands for, was found earlier this week in Beijing and comes with the slogan written underneath in Chinese:

Check out the commercial for the restaurant below:

It’s crazy how some people will try to take away President Obama’s acheivements and liken him to a harmful black stereotype of loving fried chicken.

Using our President to promote racial streotypes is offensive and should not be taken lightly.

So much for a post-racial America…and WORLD eh?