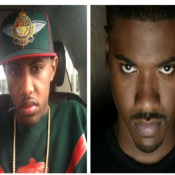 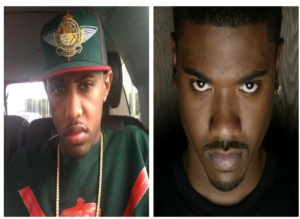 Looks like Ray J is out thumping his chest after an alleged fist-fight between him and New York rapper Fabolous.

Brandy’s little brother is sick of people “underestimating” him and he said as much when he called into the Breakfast Club this morning. The New York City based radio show is hosted by DJ Envy, Charlemagne, and Angela Yee.

The beef between the two started after Fabolous sent out a few tweets mocking Ray J.

Nah but Floyd saying we havin a concert in my living room & the camera cuts to Ray J singing “One Wish” on the piano had me in tears!!

Get it..? Ray J concert in the living room!! *Lil Wayne voice*

Jus ran into my n*gga @RayJ at @iamdiddy dinner.. He told me & @KevinHart4real that it was a f*cked up edit & b*tches was there!!

Listen to Ray J’s tirade on the breakfast club below (contains strong language) :

Why can’t we all just get along?

When did Ray J become a thug…with GOONS? I didn’t get that memo.

I don’t know about you but I just DON’T BELIEVE RAY J, he needs MORE PEOPLE.