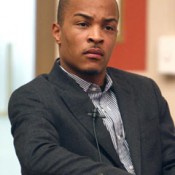 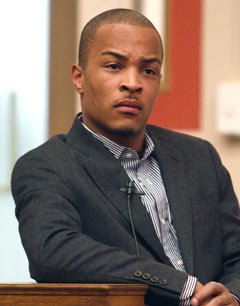 Who’s To Blame For The Rappers Troubles?

Typically we can expect that the road to stardom usually makes a pit stop at the jailhouse.  A lot of celebrities have seen the inside of a jail cell unfortunately but that’s generally all it takes for
them to get their lives back on track.  Of course, there are some exceptions who can’t seem to stay from behind bars.

Over the course of nearly 8 years, we’ve heard countless stories about T.I.’s back and forth experiences in jail.

“They’ve taken what should be a simple misunderstanding and are attempting to punish him for his celebrity status,” says Steve Sadow, Tip’s Attorney.

Reports suggest that the return of T.I. back to jailhouse custody is not for weapon possession, not even for illegal use of drugs.

According to the incident report issued by the Federal Bureau of Prisons, Clifford “T.I.” Harris’s freedom was taken away from him so abruptly due to the fact he had “unauthorized contact with the public” on Aug. 31st.  The once freed rapper now faces up to 30 more days in prison.

So, what really happened on that August 31st release?  T.I. left federal prison in Arkansas and was headed to the Atlanta halfway house.  The trip was by way of bus with his manager as well two VH1 producers on board the tour bus followed by several vans used for security purposes.

The feds accuse T.I. of hosting a business meeting during the trip to discuss his upcoming reality show, which violates the conditions of his furlough. In a phone call to the office of Assistant Director Reginald Brown, when questioned, T.I. revealed that in addition to his wife, two entertainment executives were on the motor coach: Brian Sher, president and CEO of Los-Angeles-based Category 5 Entertainment and Cris Abrego, co-president of 51 Minds Entertainment.

According to straightfromthea.com the following were the terms that T.I. agreed to upon leaving the Arkansas jail:

Among the conditions, T.I. has to remain at Dismas Charities; if he leaves without permission he will be deemed an escapee; he can be searched and can’t have any contraband or illegal drugs or
intoxicants; he cannot have any firearms; and he cannot drive without permission.
The furlough conditions also state T.I. cannot “associate with persons having a criminal record or with those who [the inmate knows] are engaged in illegal occupations.”
The conditions, however, do NOT state T.I. cannot be in contact with or in the presence of his manager or others during his travel. The warden in Arkansas had the authority to add other conditions but none were mentioned in the agreement Harris signed on June 23. The furlough conditions also state T.I. cannot, “sign any legal papers, contracts, loan applications or conduct any business without the written permission of staff.”

Something seems kinda fishy if you ask me!  Who do you think is to blame? T.I.?  VH1 producers?  Bad luck?  T.I.’s Celebrity Status? Incompetent officers?  The Arkansas education system? (LOL!)