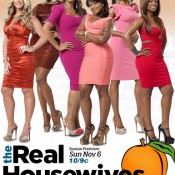 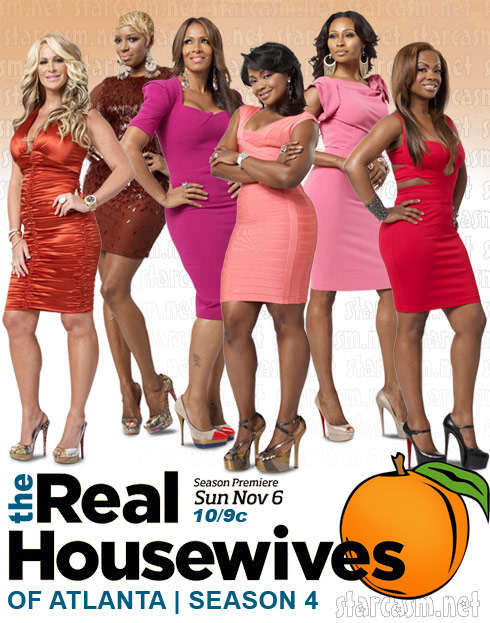 Last time we watched The Real Housewives Of Atlanta – Kim was pregnant, Cynthia got married, Sheree was acting, Kandi was promoting an album, Nene was fighting marital woes and Phaedra welcomed motherhood.

I’m also hearing that a new cast member will be appearing on the show, Ms. Marlo Thomas, who has been spotted out and about with the ladies all over Atlanta.

In season four the ladies find themselves in Africa among other things.

The sassiest housewife deals with her marital issues with husband, Greg and gets into with an old nemisis (Sheree) and a new one (Marlo Hampton). Ms. Hampton is apparently dating one of Nene’s exes – NFLer Charles Grant.

Is undergoing a new business plan – deciding to open up a home funeral business with her husband Apollo. Everybody knows that’s one business that will never go out of style.

She’s is still pursuing her music and delves into a different genre, country. She’s also banking on the success of her Kandi Koated Nights Radio show to start her own line of intimate toys.

She still hasn’t recovered from the issues between her husband and her sister…after she tried to stop the wedding. In the mean time she tries her hand at mentoring young girls in the Atlanta area with the opening of her school.

She finally takes her ex-husband NFLer Bob Whitfield to court over child support. The man hasn’t made a payment in four years! Cast-mate Kandi will her Sheree pursue her case.

Kim finds herself trying to manage with three children after her NFL player boyfriend returns to the game. Expect to see some surprises from Kim this season.

This season seems to have the most important quality of past seasons – DRAMA.

I can’t wait to see what happens with these ladies.

Catch the season premiere Sunday November, 6 at 10/9c on Bravo.

Watch the video preview below:

Will you be tuning into the new season of “The Real Housewives of Atlanta?”