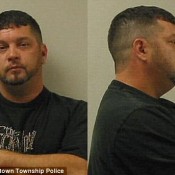 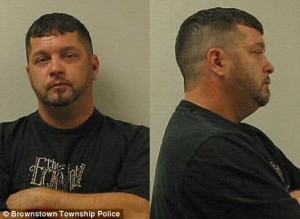 “What Did You Stop Me For? I Was Driving Good.”

Yes, it’s important to have a designated driver after you’ve had too much to drink, but one man took it too far when he enlisted the help of his 9-year-old daughter.

Shawn Weimer, 39, was charged with two counts of child abuse, one a felony and the other a misdemeanor when police found his daughter driving a full-sized panel van.

Police detective Lt. Robert Grant said the girl was sitting behind the wheel in a child’s booster seat before 3am on October 8.

A concerned citizen called 911 after witnessing the pair at a gas station.

“Just watched a van pull out of a Citgo gas station, a seven-year-old girl is driving it, and her dad is drunk and he’s in the passenger seat.”

The girl told police that her father had been drinking whiskey all night.

But wait, Weimer bragged to the gas station attendant, “I got a designated driver,” before he was popped.

After being stopped by the police Weimer said he was just teaching his daughter how to drive and refused a breathalyzer test.

He’s been ordered to have no contact with his daughter and was also charged with being a habitual offender and could face up to 15 years if convicted.

The little girl was released to her grandmother after calls to her mother were not returned.

I’m just glad that the police were able to apprehend the pair before anyone got hurt!