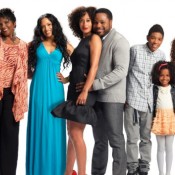 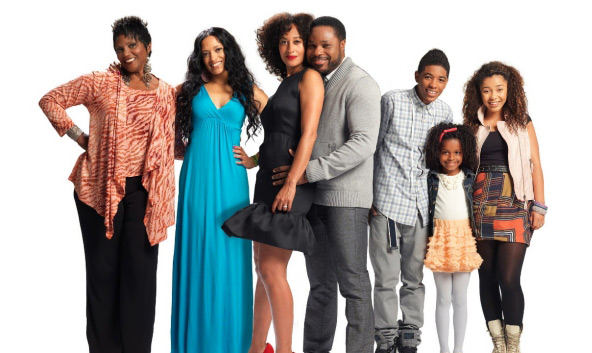 Watch out Cosby Show fans, BET is premiering a new show that may make your old favorite a distant memory.

Read the synopsis below:

Tracee Ellis Ross and Malcom-Jamal Warner return to television in BET Networks’ brand new original scripted comedy series REED BETWEEN THE LINES. Starring Tracee Ellis Ross (Dr. Carla Reed) and Malcolm-Jamal Warner (Prof. Alex Reed), REED BETWEEN THE LINES is a modern African America love story that follows a sexy, successful, African-American couple juggling three kids – Keenan (Nadji Anthony Jeter), Kaci (Zoe Soul) and Alexis (Zoé Hendrix), demanding careers and outspoken coworkers (Anna Maria Horsford and Melissa De Sousa).
Throughout the series, Dr. Carla Reed has to manage multiple roles as psychologist, wife, mother, and friend. In the first episode we see just how sticky multi-tasking can be when a female patient battling sex addiction ends up way too close to home. In the second episode, Dr. Alex Reed realizes being an NYU professor is sometimes easier than being a home-schooling dad as he struggles to find the fine line between supportive and smothering when it comes to his baby girl Alexis. The series premieres with two half-hour, back-to-back episodes on Tuesday, October 11 at 10:00 p.m.* and 10:30 p.m.*

Sounds like this show will showcase a positive African-American family! It’s great to see BET creating these kind of shows and giving us another outlet…besides the trashy reality based shows we’ve seen from most black TV stars. I also love the fact that Tracy Ellis-Ross is playing a psychologist, hoping that will make a positive impact on the stigma of mental health in the black community.

Will you be tuning in to this new BET show?