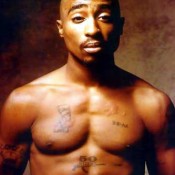 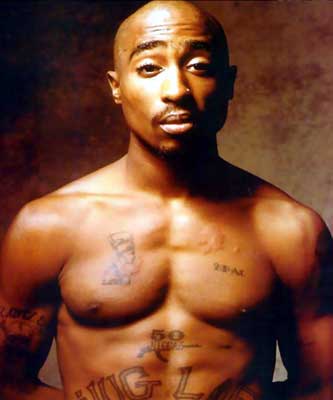 Rumor has it that famed rapper Tupac Shakur has a sex tape ready to be released.
TMZ:
The tape, shot in 1991, begins with a bunch of groupies in a living room during a house party. Tupac walks into the room with his pants down to his ankles, his shirt off … sporting several chains.

Tupac — whose head is shaved — pulls one of the women toward him, and she begins performing oral sex. As she does her thing, an unreleased song of Tupac’s is playing in the background, as Tupac is singing along and dancing, wiggling his hips.

And it gets even better. As the woman services Tupac, who is holding a cocktail in one hand and a blunt in another, Money B from Digital Underground walks over to him. Tupac puts his cocktail arm around Money B, continues singing and dancing … and the woman never stops.

As the tape ends it appears he’s ready to begin sexual intercourse. It’s unclear if there’s another tape.

We’ve learned the person in possession of the tape is making plans to release it.

I’m think that whoever has this Tupac tape has been holding on to it for quite awhile. I’m not even sure people would be able to watch the tape – since most of us have thrown out our VHS players. lol

I’m telling you I believe that today every star will get linked to a sex tape, nude pic or some sort during their career. We’ve got to stop sending goodies through the e-mail, mms, etc! lol

Would you watch a sex tape featuring Tupac?