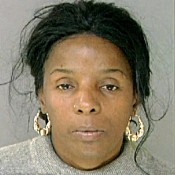 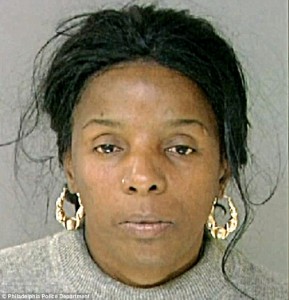 According to the Philadelphia police Linda Ann Weston, 51; Thomas Gregory, 47; and Eddie Wright, 49, face charges including

The four captives, who are said to have the mental age of a ten-year-old, were taken to Frankford Hospital and have since been discharged to a group home, where they were being looked after.

Police said they were malnourished and some had bruises and bed sores. At least one was kept chained to a pipe in the room.

They are thought to have been held captive for more than a year. 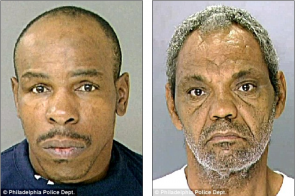 It was also revealed that Weston, the alleged ringleader of the gang, had previously served eight years for starving someone to death.

She was convicted of starving Bernardo Ramos, 25, to death after he refused to support her sister’s unborn child, the Philadelphia Inquirer reported.

A police spokesman said that getting information from the victims had been difficult due to their disabilities, but they apparently had been brought to Philadelphia about ten days before they were found. They had apparently been in West Palm Beach, Florida, and before that in Texas.

I hope this trio gets everything they have coming to them.

Do you have a system in place to check on the disabled adults in your life?