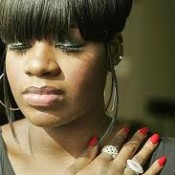 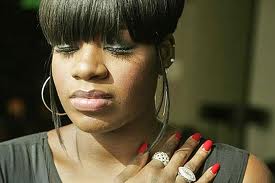 Looks like Fantasia’s rumored pregnancy with married boyfriend, Antwaun Cook, is causing quite a controversy.
“The family thinks if Fantasia plays the role, it’s going to sully the name of Mahalia,” the film’s executive producer Adrian Taylor told the New York Post. “They think she’s got the wrong image, having a child out of wedlock.”

Filming for the biopic Mahalia! has been moved to January 2012, due to Fantasia’s pregnancy.

It’s also reportedly causing a budget jump from $23 million to $27 million –  due to the pregnancy and delayed filming.

Now, I’m hoping that they won’t kick Tasia out of this film. I think that this will be a great role for her to play, but we’ll just have to wait and see.

Do you think that Fantasia is the wrong woman to play the role of Mahalia?