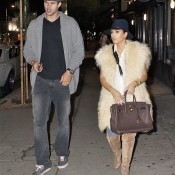 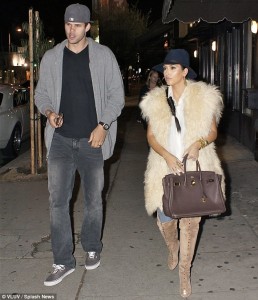 Kim Kardashian had the wedding of her dreams…and probably yours too.

The August 20th wedding cost over $10 million dollars, but Kim and husband, Kris Humphries made more than that in endorsement deals.

“After careful consideration, I have decided to end my marriage. I hope everyone understands this was not an easy decision. I had hoped this marriage was forever, but sometimes things don’t work out as planned. We remain friends and wish each other the best.”

Ryan Seacrest, the producer of her E! reality show, broke the news of the divorce on his Twitter account.

What kind of fool publicity stunt was this? This wedding was the most talked about event during the summer months…she sure had me fooled.

People are always hollering about the sanctity of marriage, but celebs get married just for the “fun of it.”

This is a prime example of why it’s more important to prepare for the marriage – while you’re trying to plan a wedding.

The marriage made the couple a reported $18m from magazine deals, TV coverage and endorsements – that’s $250,000 every day.

Do you think Kim Kardashian pulled a publicity stunt?

Kris isn’t too keen on divorcing just yet.

“I love my wife and am devastated to learn she filed for divorce. I’m committed to this marriage and everything this covenant represents. I’m willing to do whatever it takes to make it work.