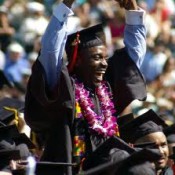 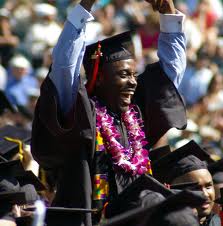 Sallie Mae. How many of you shudder when you hear that name?

Don’t fret…help is on the way!

The new “Pay As You Earn” proposal for college students lowers their monthly loan payments to 10 percent of their discretionary income.  The plan also forgives the balance of their debt after 20 years of payments.

Additionally, starting this January an estimated 6 million students and recent college graduates will be able to consolidate their loans and reduce interest rates.

Currently, borrowers are allowed to limit their loan payments to 15 percent of their discretionary income and remaining debt is forgiven after 25 years.

Student borrowers will also have the chance to better manage their debt by consolidating federal student loans. About 5.8 million borrowers have both a Direct Loan (DL) and a Federal Family Education Loan (FFEL) that require separate payments.

Borrowers will be able to convert to a single payment to a single lender for both loans. Those who take advantage of this consolidation option, which also begins in January, would also receive up to a 0.5 percent reduction in their interest rate on some of their loans — that would save hundreds of dollars in interest per borrower.

Eligible borrowers will be contacted by their federal loan servicer early next year with information on how to consolidate, administration officials said.

Maybe now the Occupy Wall Street Protestors will get a clear vision.

Do you think the new loan repayment options will help overburdened borrowers?