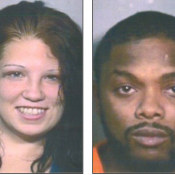 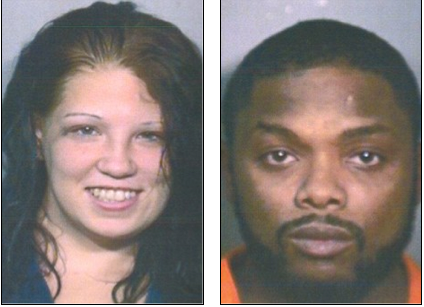 Woman Handed Her Baby Over Inmate To Get It On

One man got the ride of his life during a recent bus trip for a work-release program.

Pre-release is when a prison inmate is allowed out of the prison for a meeting with a social worker in order to find work or housing for their impending release.

After boarding the bus they met Amanda Confer, 24, who was riding along with her infant daughter.

It must have been love at first sight because Confer handed her child over to Schill who held the baby while she got her freak on with Randell.

Schill acted as both a lookout and babysitter, while Confer performed a sex act on Peterson before they had full fledged intercourse.

According to police documents, Confer handed her child to Schill, who acted as a lookout and babysitter while Confer performed a sex act on Peterson, before the pair advanced to full intercourse.

After the tryst the prison pair left the bus and Confer remained on-board with her daughter.

The entire scene was captured on CCTV and it was unclear who else was also riding the bus during the romp.

Detective Alberto Diaz says he was able to identify the pair because he was ‘familiar with the subjects involved’.

The pair were charged with conspiracy, indecent exposure open lewdness and disorderly conduct and they now face a preliminary hearing at the Magisterial District Court on November 4.

They give a whole new meaning to …can’t hardly wait.

I’m just wondering if the pair were random strangers or if they planned the whole thing.

What kind of person just hands their newborn off to an inmate they don’t know.

Thankfully the baby remained unscathed during this scenario.