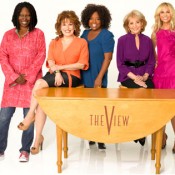 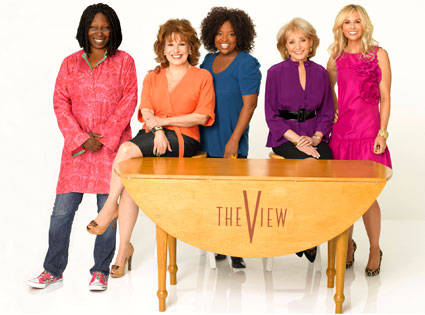 Legendary Journalist Gets Into Spat With “The View” Co-host

The ladies of The View got into a heated debate centered around usage of the N-word.

Whoopi Goldberg started out using the word while discussing Republican Herman Cain’s usage during remarks centered around Rick Perry’s camping ground controversy. (His family leased a camp with a rock titled “N*ggerhead” upon it’s entrance for over 10 years.)

Barbara Walters followed up by saying the N-word as she was reporting the story, it was then that co-host Sherri Shephard became visibily uncomfortable.

Goldberg remarked, that it was useless to pretend the word didn’t exist. “Let’s call it what it said!”

Shephard interjected with , When I heard you say it, it was fine,” she told Goldberg. Turning to Walters, she continued, “I didn’t like the way you said it.” In explaining this, Shepherd used the word several more times.

“I don’t know if it’s a semantics thing, but it’s something that goes through my body,” she said.

“If i’m reporting on this you mean i can’t use the word?” Walters retorted.

“You can do anything you want!” Shepherd replied. “You’re Barbara Walters!”

“I’m sorry, that has nothing to do with it, Sherri,” Walters said.

“When you say the word I don’t like it,” Shepherd. “…When white people say it, it brings up feelings in me.”

Will we ever get past whites wondering why the N-word is offensive to some black people? You definitely can’t take away someone’s emotions because it offends you. Whether Barbara Walters liked it or not Sherri Shephard had a right to her feelings…and thinking otherwise is a classic example of White Privilege.

Watch the videos below and come up with your own conclusions.

Was Sherri Shephard right to be offended at Barbara Walters use of the N-word?