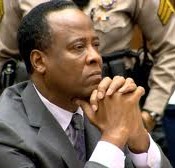 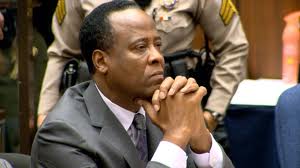 Somebody is finally paying for the death of Michael Jackson.

Conrad Murray, 58, stood stone-faced as Los Angeles Superior Court Judge Michael Pastor declared him an unfit candidate for probation and pronounced the sentence for involuntary manslaughter in Jackson’s 2009 death, citing Murray’s involvement in what the judge called a “cycle of horrible medicine.”

“He has absolutely no sense of remorse,” the judge said. “[Murray] is and remains dangerous. … I think Dr. Murray is so reckless that I believe he is a danger to the community.”

Pastor said the court will order Dr. Murray to pay restitution to Jackson’s estate and children in an amount to be determined at a later restitution hearing when they can get more detailed information. Pastor also ordered $800 in restitution to the court, a $30 court security fee, and a $40 criminal conviction assessment.

Do you think the judge issued a fair sentence?