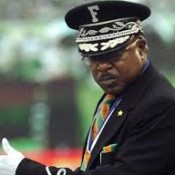 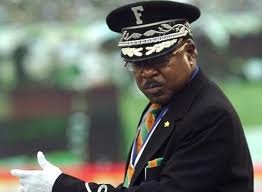 “While Dr. White has had a distinguished career in music education and administration within the university as director of bands,” Ammons said, “I did not feel there was competence involving reporting allegations of hazing within the Department of Music and the Marching 100.”

The firing comes after drum major, Robert Champion, died suddenly following the Florida Classic game. The band has also been suspended during investigations into Champion’s death.

White, a FAMU graduate who joined the music faculty nearly 40 years ago and took over as director of bands in 1998, said Ammons gave him the choice to resign or be fired.

The termination will be effective December 22 and White is on administrative leave, after being barred from campus.

“I admire and respect Dr. White for his body of work,” Ammons said. “I just didn’t think that we had the kind of controls and accountability that we need to have in those bands and those organizations under his supervision.”

President Ammons is NOT playing!

Seems like the band director is putting up a fight!

“Dr. White has been at the vanguard of implementing measures to eliminate hazing within the Marching 100 over the past 22 years,” wrote Tallahassee attorney Chuck Hobbs in a letter sent to FAMU president James Ammons and released to the media Sunday. “We also believe that the evidence will show that Dr. White has often been a man on a solo mission in his best efforts to root out the practice of hazing.”

We’ll have to wait and see how this plays out.

Do you think that the band director should be held responsible?