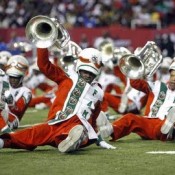 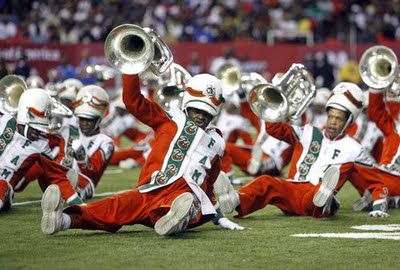 The band is the lifeline of  the HBCU experience and more often than not people go to the games to see the BAND play…not the team.

It’s often swept under the rug – but most bands have some type of initiation process that many believe was adopted from the Greek process.

Florida Agricultural and Mechanical University (FAMU) suspended its famed band, “The Marching 100” after allegations that hazing led to a student’s death.

Robert Champion, a 26-year-old drum major from Georgia, was found dead after the Florida Classic game.

Authorities believe that hazing events contributed to his death.

“Any death that occurs as the result of hazing is a third degree felony,” he said. “Anyone who participates in such events can be criminally charged,” said Orange County Sheriff Jerry Demmings.

FAMU President James Ammons announced Tuesday he is immediately suspending “any and all performances and engagements for bands and other ensembles under the auspices of the Music Department, including the Marching 100.”

The suspension will stay in place during investigations and will not be lifted until Ammons authorizes it.

The band has 375 members and represented Florida in President Obama’s inauguration.

How do you think HBCU band hazing can be stopped?