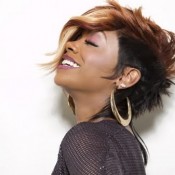 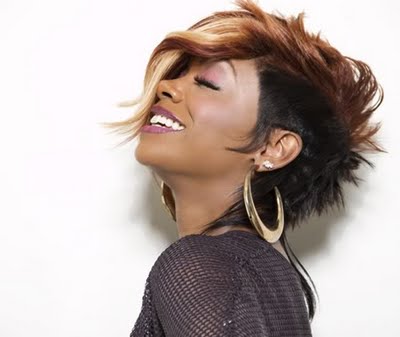 Kandi Buress is one of the most open cast members of The Real Housewives of Atlanta – when it comes to sex. Her recent business venture involved creating an adult toy line and she spoke with Essence about her new line.

ESSENCE.COM: What inspired you to design your own pleasure products?
KANDI: Doing the Kandi Koated Night show really started the whole sex and relationships exploration and talks for me. Then I went on Dr. Laura Berman’s radio show and I saw that she had her own adult toys that her name was on and I never knew people actually had their own brand of adult toys. It caught my interest. I interviewed with her in November of last year.  In January I said I wanted to do it myself, and now it’s November again and I’ve done it.

ESSENCE: Some women are intimidated by pleasure products. What would you say to them?
KANDI: I say that they need to try it at least once because it may change your whole life. A lot of people are scared of sex toys. Why would you be scared of them? They won’t hurt you. All they’ll do is make things better. A lot of women have never experienced an orgasm. You definitely need to explore your own body. In doing so, that’s going to help sex be better with your partner. It’s weird because some people don’t even know where their actual clitoris is.

When people ask me what product they should get first I tell them, well, if you’re scared of sex toys get Kandi Kisses. It’s not intimidating. It looks like a lipstick. And then if you want to explore where your clitoris is, you’ll find a lot of great things down there. 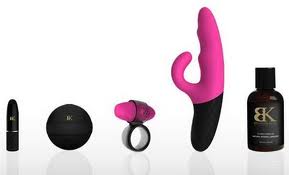 ESSENCE: What type of woman did you have in mind when you designed this?
KANDI: I was thinking about the businesswoman and the normal everyday woman who has children. I was at a friend’s house one time – another celebrity but I won’t name names – her daughter and my daughter were playing and they went in her closet and came out like, “Mama what is this?” It was this big huge pink vibrator and I’m like, uh, this is awkward. It was like the size of a microphone. It’s weird how a lot of toys and things aren’t marketed toward women — especially with the popularity of pleasure parties now. I was thinking it would be nice to create something that women could have and not be ashamed of. The Kandi Kisses lipstick and the Make Me Over powder puff is something women can have and feel comfortable using. If you just want to try out a toy, this line is something they can use and not be intimidated by. Doing Kandi Coated Night, my web show, I learned a lot about what people want. I found out a lot of men are intimidated by sex toys.

To purchase anything form the line visit Kandi’s website.

NeNe Leakes joined Bravo TV’s Andy Cohen last night for Watch What Happens Live. The show is a live chat hosted by Andy after a new episode of the popular Housewives franchise airs.

They were joined by Tatiana Ali, who added in a little neutrality.

NeNe has been declaring to the world that “I’m rich, B*****,” and proved it to Bravo Andy.

I’m wondering if these ladies will ever get any peace?