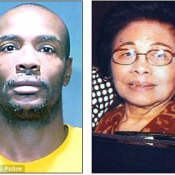 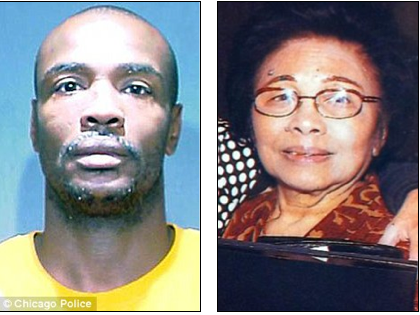 A 73-year-old woman is dead after she died from injuries sustained when a man attacked her…for her wedding rings.

Raymond Harris, 36, allegedly attacked Virginia Perillo at her home and left her bleeding and unconscious.

Perillo, a former nurse, was rushed to the hospital and died two days after being declared brain dead.

Harris reportedly attended a party where he showed off the rings and asked people which one he should propose with…he eventually gave his fiancee both of the rings.

Police later arrested Harris, who was paroled in May after serving 13 years of a 30-year sentence for attempted murder and aggravated arson, as a suspect in the killing after they found a bloody watch in her car.

Tests showed a match with Harris’ DNA, which was already held in a law enforcement database.

His fiance subsequently turned the rings over to police.

Harris was charged with murder and armed robbery in Perillo’s death and is being held without bail.

I wonder if that marriage is going to go thorough….