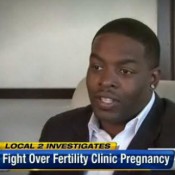 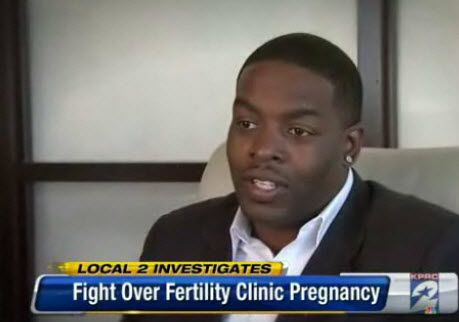 He’s Now Fighting For Custody of His Boys

Joseph Pressil met his now ex-gf in Miami and it was love at first sight. He eventually moved to Texas with the exotic dancer and even added her to his insurance plan.

They broke up about six months later and three months after that…she told him she was pregnant – with TWINS.

He was ordered to pay $800 a month in child support and didn’t question the conception – until he received a letter from a fertility clinic.

The letter was about sperm cryoperservation and after paying a visit to the clinic; he alleges that his signature was forged on fertility clinic documents and he never consented to his sperm being used for in vitro fertilization.

The ex-girlfriend’s lawyer, Derek Deyon, told ABCNews.com that Pressil filed the lawsuit to avoid paying child support, and that his client denied ever taking semen from a used condom.

Prissel is also suing for full custody of his now four-year-old sons.

This is just too much! Some women will do anything to hold on to a man…

Whose side of the story do you believe?