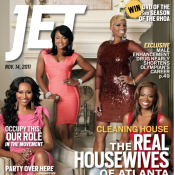 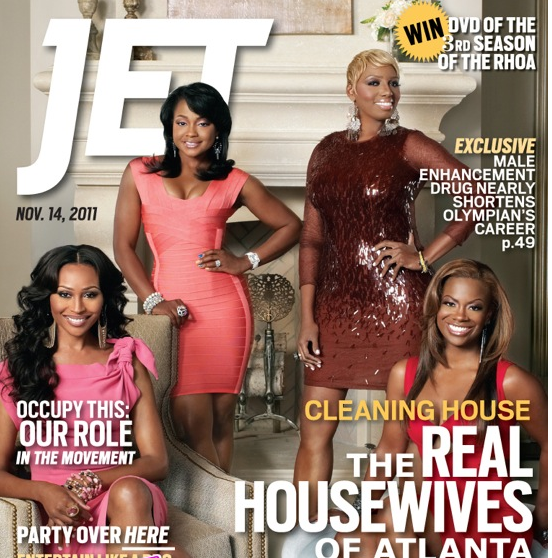 Stars Dish On Each Other In November Issue

The Real Housewives of Atlanta are gearing up for their fourth season on Sunday. They landed the cover of JET Magazine and the ladies discussed how they REALLY felt about their cast mates.

Sheree on NeNe: “I wouldn’t trust her as far as I can throw her.”

on NeNe: “She’s a hustler….She’s about getting paper.  She’s always got something in the works.”

on Kim: “She’s the type of person who knows how to play dumb when she wants to but really knows what’s going on…”

Kim – revealed that she finally stopped smoking once she got pregnant.

Cynthia on Kim: “We definitely had some tiffs, but only about trivial things.  But on the show it ends up looking like big things.”

on Phaedra: “I almost feel like she was that girl at home looking at the tv going, ‘Let me on that show!’  I call her Fake-dra.”

on Kandi: “She’s real, she’s down to earth.  But Kandi is not easy to get to know.  I actually  find her kind of mean.”

on Sheree: “Sheree is very mean spirited.  I think Sheree thinks she’s everything.  She’s got a bad attitude.”

Sheree, Phaedra and Kandi also appeared on The Wendy Williams Show. The ladies sung Kandi’s platinum record she wrote for Destiny’s Child, “No Scrubs,” alongside Wendy.

All I have to say is that I can’t wait for the new season! This one is sure to be a banger.

Why do you think Sheree and NeNe really fell out? Who’s your favorite housewife and why?