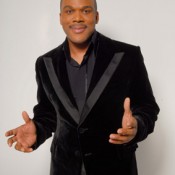 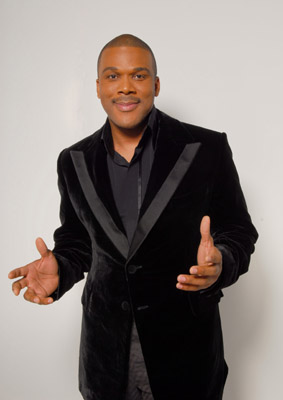 Tyler Perry can’t ever catch a break; whether it’s the people saying that he demeans black people, uses too much religion or doesn’t make films that “matter,” he can’t win.

His latest critics are in a uproar because he cast Kim Kardashian in a role in his new film, “The Marriage Counselor.”

Opponents argued that there were plenty of SERIOUS black actresses who could have used that role in place of a woman who became famous…after a very tape was made public.

Anywho. Tyler has been treading lightly with the outrage until he recently released a memo to his fans.

I think many of you know that this is a very difficult time of year for me, so what I try to do is make sure that I’m working during this time. All I wanted to do was shoot a great film and try to keep my mind off the holiday grief that I have been experiencing for the past two years. I could not have imagined I’d be getting all these emails about Kim Kardashian. I HAVE SEEN THEM!! YOU HAVE BEEN HEARD!! …LOL. Now, may I say something? Can a brother get a word in?….LOL. Y’all gave me a new movie title, Tyler Perry’s “Diary of a Mad Black Woman Cause You Hired Kim Kardashian, Don’t Make Me Take Off My Earrings and Boycott Yo A**.”…LOL.  Some of my ladies are upset. Ok, all jokes aside, can I have my say? Will you at least here me out?

I was in a Mexican restaurant and the cutest little old woman stopped me and said, “I want to talk to you about KAR-DAT- CHA-NEM.” I said, “Ma’am?” She said, “What is wrong with you putting her in the lead role of your movie?” By the time I explained to her that she was not in the lead role and why I thought she should be in “The Marriage Counselor”, she said, “Oh, I see your point and I can’t wait to see the movie.” So, if you don’t mind, I’d like to share with you what I said to her then maybe you’ll see why I wanted her in the film.

There you have it. Forbes recently named Perry as the highest paid man in Hollywood, so I think the man knows what he’s doing.

Will you go see “The Marriage Counselor?”