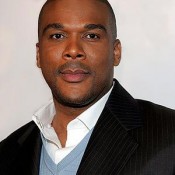 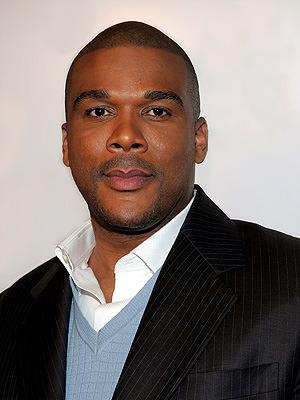 Perry wrote a letter to an 11-year-old alleged victim of Jerry Sandusky, former Penn State football coach, that appeared in Newsweek. Sandusky is currently facing charges after being accused of child molestation. Many of the crimes are alleged to have occurred on official Penn State grounds or trips.

I don’t know your name, but I know your face. I don’t know your journey, but I know where you are. I am your brother!
I must tell you, what you have done is so courageous. The strength that it must have taken for your 11-year-old voice to speak out about such a horrible act is something that I didn’t have the strength or courage to do at that age.

I was a very poor young black boy in New Orleans, just a face without a name, swimming in a sea of poverty trying to survive. Forget about living, I was just trying to exist. I was enduring a lot of the same things that you’ve come forward and said happened to you, and it was awful. I felt so powerless. I knew what was happening to me, but unlike you, I couldn’t speak about it because no one saw me. I was invisible and my voice was inaudible.

So to think that you, when you were only 11 years old, spoke up–you are my hero! I’m so proud of you. You have nothing to be ashamed of. I want you to know you didn’t do anything wrong. It’s not your fault. Please know that you were chosen by a monster. You didn’t choose him. You didn’t ask for it and, most of all, you didn’t deserve it. What a huge lesson that was for me to learn. Your 11-year-old self was no match for wicked, evil tactics of this kind. You were hunted like prey. A pedophile looks for the young boys he thinks he can manipulate. The ones who have daddy or mommy issues, the ones who are broken, and the ones who are in need. But this wasn’t you.

You may have to go through with that trial, and you may feel all alone when you’re on that witness stand, but just know that there are millions of young boys and grown men who are standing with you–including me. If every man who has ever been molested would speak up, you would see that we’re all around you. You may not know all of our faces and names, but my prayer is that you feel our strength holding you up. You will get through this; you’ve already endured the worst part at age 11. Now fight on, my young friend, fight on! We are all with you.

Should Tyler Perry Be Doing More For Abuse Advocacy? Thoughts?