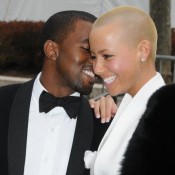 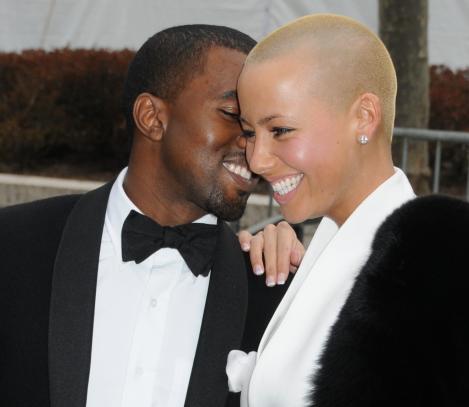 This couple’s breakup was one of my biggest disappointments – (albeit I thought it would be the end of Amber, but she showed me) because I genuinely wanted them to make it.

KAMBER looked happy and I think we were excited about it – because it took a long time for us to see Ye’ smiling again after his mother’s death.

Kanye West doesn’t seem like an easy man to be in love with, I mean his ego has to be bigger than the next man. He’s an artist and used to pushing the limits (which I’m sure carries over into his love life)…BUT he still managed to pick one of the baddest formerly unknown chicks in the game as his sidekick.

She’s a down-to-earth Philly chick. You know, your average around-the-way girl. The one who’s chill enough to grab a frank from the street vendor, but can step it up enough to dine at a fine restaurant.

Yet, being with Kanye thrust Amber into a spotlight that she just wasn’t ready for (Did you ever hear her speak while she was with him?) and I believe that led to the end of their relationship. Let’s face it, Kanye West is an A**HOLE and she just couldn’t keep up. So he cut her. (If you’re lost watch the runaway movie here) 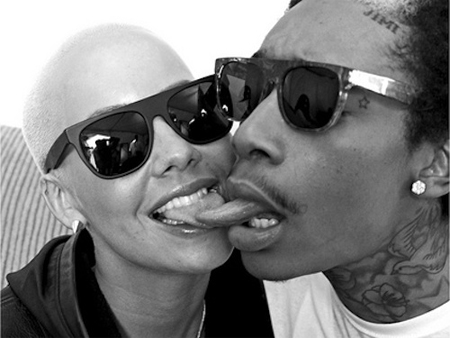 Kanye is currently on tour with Jay-Z and they hit Philly the other night, while performing “Runaway” he had this subliminal message to Amber:

‘“To the city of Philly, I want to thank y’all for making the incredible person that this song was made for…” before finishing his freestyle with the lyrics, ‘If I told you I didn’t like what you were wearing, don’t listen to me baby because I was being an a$$hole. And you’ll always be fine but the one thing I f*cked up the most was that I thought you’d always be mine.‘

Whew. Talk about a cup full of tea.

In an interview with Complex Magazine, Amber, ever the graceful ex-girlfriend, replied with:

I’ll say this—I didn’t even know about it. This is my 50th interview today and every single person has asked me, and it made me go see what the hell they were talking about, because I don’t keep up on the current events of Kanye. I just don’t look him up.

Kanye called me an incredible person, and I take that as an apology. And if it was an apology, I forgive him for being an asshole. I don’t hate him.

And he was an asshole. He was. I feel like he gets that now, and he’s remorseful about being an asshole to me.

But he called me an incredible person, and I take that as an apology. And if it was an apology, I forgive him for being an asshole. I don’t hold any grudges. I don’t hate him. I want him to find a girl and for him to treat her better than he treated me.

The next girl, she doesn’t deserve that. I found pure happiness with Wiz. Why wouldn’t I want that for Kanye? I want everyone to have that, to feel the way I feel about Wiz.

Amber’s reached a point now where she’s over the hurt that Ye’ caused her and she could care less about his recent plea for forgiveness.

So the next time one of your exes come to you talmbout – “if you ask me, I’m ready.”

Have you ever went back to an ex? Why or why not? What did you learn from the situation?