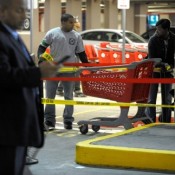 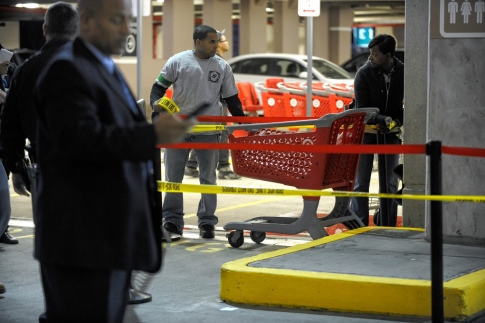 Two 12-Year-Olds Arrested For The Attack

One woman’s Halloween night turned out to be life-threatening due to two 12-year-old boys horsing around a shopping center.

Marion Salmon Hedges was hurt just moments after buying bags of candy that she had planned to hand out last night to trick-or-treaters on her Upper West Side — and across town at the Stanley M. Isaacs Neighborhood Center on E. 93rd St., where she volunteered.

The 12-year-olds, whose names are being withheld by The News because of their age, are from the neighborhood served by the center.

Both were turned over to the Administration for Children’s Services after a Family Court hearing where they were each charged with assault in the first degree.

One of the boys was accompanied in court by his mother and a paternal uncle.
The second was with his mother and an older brother. Neither of their dads were at the hearing.

Police believe the boys were horsing around when they sent the cart flying at about 5:49 p.m. Sunday and don’t believe they were targetting Hedges. A 14-year-old pal who
tried to stop them told authorities, sources said.

Her husband, also named Michael Hedges, has been working of late in Spain for Merrill Lynch. They have two children: Dayton, 13, and Elizabeth, 14.

Such a sad story, I’ll be praying for that family. It’s crazy how one moment of misjudgement can change your life forever.

What type of punishment should be in store for the boys who caused this tragedy?