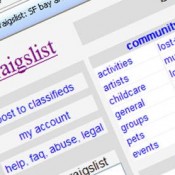 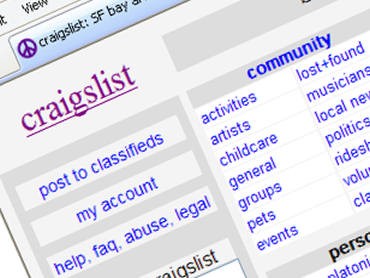 Men, beware! Your wives may be trying to put your for sale on Craigslist when you’re not meeting their standards.

Alyse Bradley posted the ad as a joke, offering her 22-year-old husband, Kyle Bradley, to the highest bidder, The Salt Lake Tribune reported. After the video game Modern Warfare 3 was released on November 8th, Kyle had a hard time tearing himself away. He recently returned home to Utah from Aghanistan after he sustained a back injury, and told ABC 4 News that gaming is one way that he stays connected to his military friends.

After 48 straight hours of gaming, Alyse had an idea. “I didn’t see him much at all,” Alyse told the Logan Herald. “So one day I told him: ‘I am going to post you on Craigslist, you know.’ My mother-in-law said: ‘Do it!'” And so, she did.

LOL. Now that’s one woman who was FED up!

Ladies, what are some reasons you would list your man for sale on Craigslist?