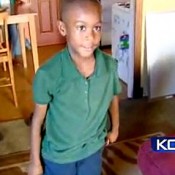 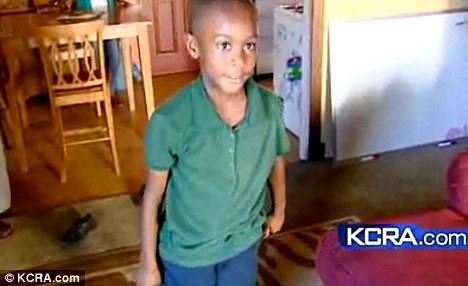 Kindergartner Charged With Battery of a Police Officer

How dangerous can a five-year-old be? Apparently one California police officer felt like so threatened by a kindergartner, that he cuffed and arrested the boy.

5-year-old Michael Davis, who suffers from Attention Deficit Hyperactivity Disorder, was carted out of Rio Calaveras Elementary school in Stockton, California after a classroom incident.

Lt. Frank Gordo, wrote in a report that ‘the boy pushed my hand away in a batting motion, pushed papers off the table, and kicked me in the right knee.’

When Michael refused to quiet down the office bound his hands and feet with zip ties, arrested him and charged him with battery on a police office.

Lt. Gordo then took Micheal in his squad car to the Stockton Kaiser Psychiatric Hospital without notifying his parents.

The boy’s mother, Thelma Gray, said: ‘I didn’t know until two or three weeks later that my son was zip tied.’

Michael’s wrists were still zip-tied together when his father picked him up there, more than two hours later.

Talk about cruel and unusual punishment.

Do you think the officer overreacted in this case?