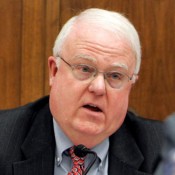 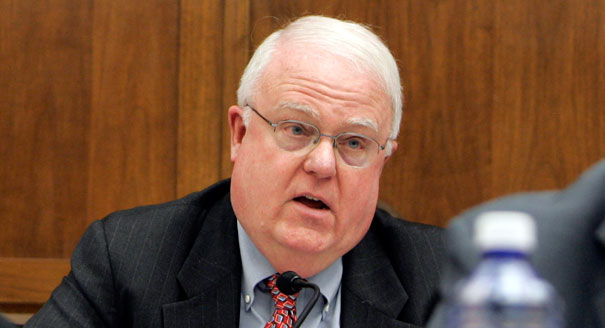 When will the dissenting political pundits, congressmen, senators and etc. learn to respect the office of THIS president?

Rep. Jim Sensenbrenner joins a long list of people who have openly disrespected our nation’s president and his family. It’s one thing to disagree with the policies of the office…but blantly having a disregard for the respect that the position entails is just outright ridiculous!

“She lectures us on eating right while she has a large posterior herself.”

He comments were made in reference to the First Lady’s “Let’s Move” campaign which advocates for healthy eating for America’s children. She’s pushed for a more user-friendly food pyramid, getting food giant Walmart to offer more healthy options and encouraging kids to get active with the help of Beyonce. I’m sorry, but what’s so wrong with our First Lady wanting to get our obesity rate down? If Sensenbrenner thinks the FLOTUS is unhealthy, he should take a look in the mirror and then glance at her arms. Notice the difference.

This type of behavior is really getting out of hand and is downright UNACCEPTABLE. I’m not sure why this blatant disrespect is tolerated and remains unchecked. It’s almost as if they’re using Sheree’s famous words, “Who gon’ check me boo?”…..because more often than not, nobody will.

The Office of the President is the most revered job in the land and everybody acts as if President Obama is just some regular boy they can take jabs at.

This has to change.

Oh and if it’s worth anything, Sensenbrenner later apologized for his remarks.

“Mr. Sensenbrenner was referring to the First Lady’s healthy food initiative. He doesn’t think the government should be telling Americans what to eat. While he may not agree with all of her initiatives, he plans to contact the First Lady’s office to apologize for his comments.”

Why do you think President Obama deals with more disrespect than past presidents?