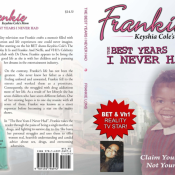 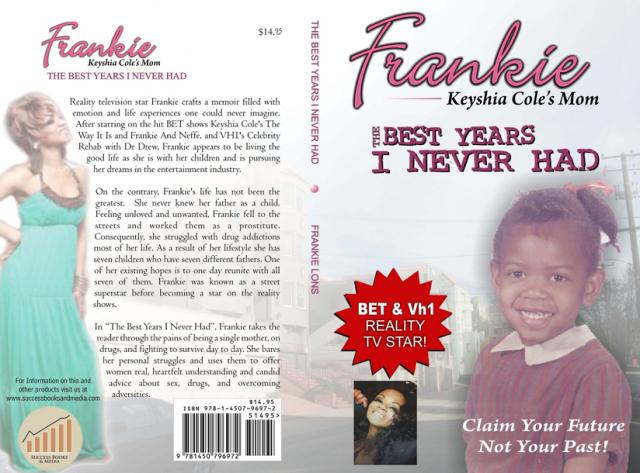 Frankie is back on the scene.

Reality star and mother of Keyshia Cole, Frankie Lons has a book coming out called The Best Years I Never Had.

The book will be released online on December 20th and in stores on January 24th.

Published through Success Books and Media; The Best Years I Never Had takes readers through the pains of being a single mother on drugs, and Frankie’s fight to survive day to day. The petite powerhouse bares her personal struggles and uses them to offer women sincere, heartfelt understanding and candid advice about sex, drugs, and overcoming adversities.
“This book will inspire; it tells the story of a lady who’s been through everything from battling with drugs to resorting to prostitution and everything in between….this is her journey to turn her life around and merge into society.” Explains Frankie’s Manager, acclaimed author and platinum producer Leroy McMath, “She’s showing people that she has changed her life and they can do it too.”

I swear Keyshia Cole’s family took her star….and made their own.

Don’t forget that Frankie has also release her music video for the “Frankie Leg.”

Would you buy Frankie’s book?