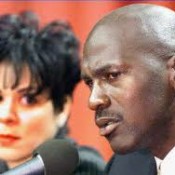 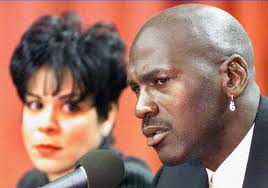 Michael Jordan. Tiger Woods. Kobe Bryant. Prince Charles. Ashton Kutcher. Bill Clinton. The father in “Love & Basketball,” I could go on but I’ll stop there. What do all of these powerful men have in common?

– Vanessa Bryant, Kobe Bryant’s soon to be ex-wife, is claiming that he slept with over 100 women during their ten year marriage.

She reportedly hired a private investigator who revealed that Kobe was having at least 10 affairs a year and sometimes more.

Vanessa wanted a divorce four years ago, but was convinced to stay married until the decade mark by her mother.

She’s set to take half of Kobe’s fortune.

– Juanita Jordan, the ex-wife of basketball legend Michael Jordan, also dealt with infidelity in her marriage. Michael was reportedly seeing Karla Knafel during his marriage, and even paid her $250,000 to keep their relationship a secret. Juanita Vanoy filed for divorce in 2002 and got $168 million, making it the most expensive celebrity divorce on public record.

-Elin Nordegren infamously divorced golf great Tiger Woods; after dozens of women came forward spilling salacious details about their dalliances with her husband. She settled for an undisclosed amount.

I’ll stop there because I think you get my point. After marrying the man of your dreams (and apparently many women) is it fair to expect your man to remain faithful?

Many powerful men are used to getting exactly what they want and is that the problem?

When a man is making multimillions should he be placed in a different bracket than an ordinary man worth less than 100k? Men who are sports players deal with hundreds of women throwing themselves at them everyday. Is it reasonable to expect them to say no…every SINGLE time?

Why is it that women married to men in positions of power are expected to turn a blind eye – while their husbands commit adultery…again and again?

It seems like it comes with the territory and you should almost EXPECT for infidelity to become apart of your relationship.

Sound Off! What are your views on fidelity and men in power?