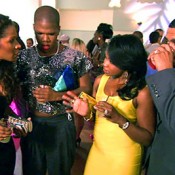 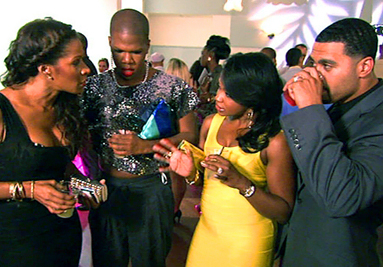 The Real Housewives of Atlanta returned for their fifth episode last night on Bravo and as always, I have my top five favorite moments.

Everybody knows Phaedra is a true southern belle and is always ready to pay…for her sometimes offending actions. This time she tried to make amends with Kandi by bringing her a cake. In case you forgot – last week Phaedra invited a male stripper to Kandi’s birthday party and her mom, Joyce, left the party in disgust.

2. Cynthia Should Stick To Modeling

Everything ain’t for everybody. Let the church say amen. Apparently Cynthia tried to host a fashion show and she failed…horribly. In the words of Phaedra,

“Everyone knows you want to look at models, not really hear them.” 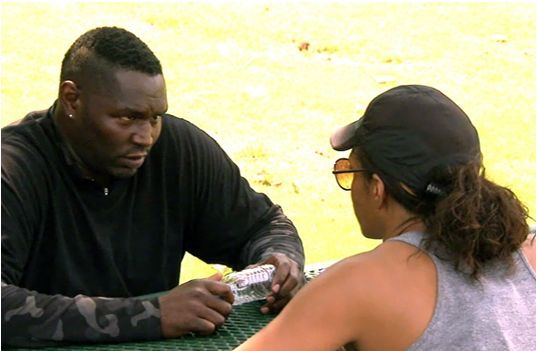 The epitome of fabulous, Miss Sheree, can’t seem to get a coin from the father of her two children. After her ex-husband, Bob Whitfield, makes an appearance at a park they sit down to discuss his non-existent monetary support. He doesn’t think that he should provide her with anything and the ever classy Sheree shows him what she thinks by throwing some water at him before walking off. Sheree later visits Phaedra and after a few tears, she wonders if she should take him to court.

4. Mama Will Be Respected

Kandi tries desperately to make amends after offending her mother during her 35th birthday celebration, but Mama Joyce isn’t having it. She reminds Kandi that although they’re homegirls, she remains her mother first.

5. Don’t Be Tardy For The Party

Nene agreed to co-host Peter’s new bar venture, Bar One, but showed up way past the point of decency. She apparently had a wardrobe malfunction but failed to effectively communicate with Peter or Cynthia. During the wait Kandi and Phaedra asked if Charles Grant (NeNe’s once rumored beau) was the reason for the tardiness. When asked about their relationship Grant said Nene was too into herself, “That turned me off,” he said. “That was a done dollar.”

Next week promises to get even better –  Kim goes into labor, we finally get to see Phaedra practice law and Nene and Cynthia visit New York City.

What were your favorite moments or quotes from this episode?