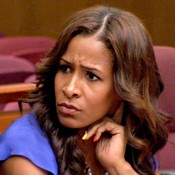 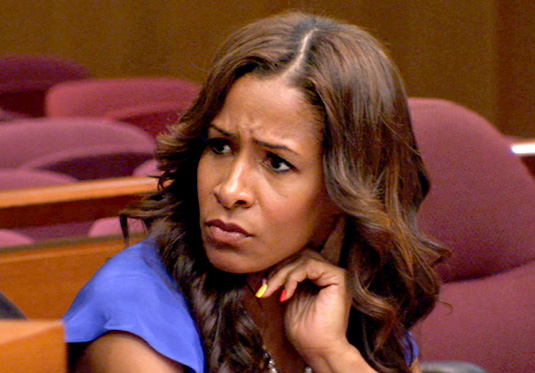 Sheree Whitfield’s battle to get a coin from her ex-husband, Bob Whitfield, didn’t quite go as planned.

On last night’s episode of The Real Housewives of Atlanta we watched Sheree’s child support battle play out in court.

Hiring Miss Phaedra Parks as her lawyer didn’t exactly turn out as Sheree hoped when Bob was able to get the case stalled, due to a contempt filing.

The reason? Bob claims that Sheree took furniture that he was supposed to get in the divorce settlement.

Bob, a Stanford graduate, found a loophole that gave him time to build his case…and avoiding paying child support.

Both Phaedra and Sheree looked stunned when the judge told them to report back to court on a later date.

“She was outsmarted by an ex football player who was representing himself,” Sheree sneered.

Bob childishly stuck his tongue out at Sheree when they walked out of the courtroom.

Ironically, Sheree showed up to Phaedra’s house in a meeting to prepare for court driving a brand-new Porsche, carrying a $16,000 Hermes bag and trying on Chanel and Dolce & Gabbana suits.

Her children are clearly not on the receiving end of such luxuries, because the camera showed her oldest son sleeping on a air mattress and needing a barber.

I’m hoping that the camera caught them before a delivery…. 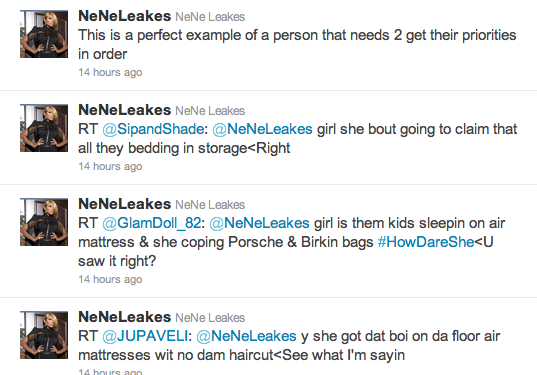 Do you agree with NeNe? Does Sheree has her priorities in order?