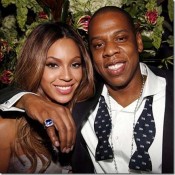 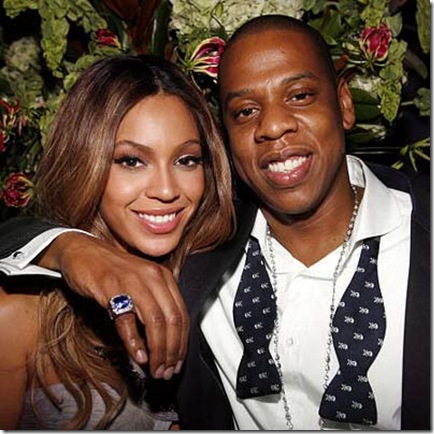 The Daily Mail went into details about the origin of the unusual baby name.

The baby’s middle name Ivy may be in reference to Beyoncé and Jay-Z’s love of the number 4. They married on April 4, 2008, Beyoncé‘s latest album is called 4 and the couple have matching tattoos of the roman numeral for 4 – IV – on their wedding fingers.

Beyoncé and Jay-Z were also born on September 4 and December 4 respectively.

Regarding Blue, Jay-Z has a trilogy of albums with the word in the title. The Blueprint was released in 2001 around the time he got together with Beyoncé, The Blueprint2: The Gift & The Curse came out in 2002 and The Blueprint 3 in 2009.

Celebrity friends also tweeted their well-wishes to the new parents. 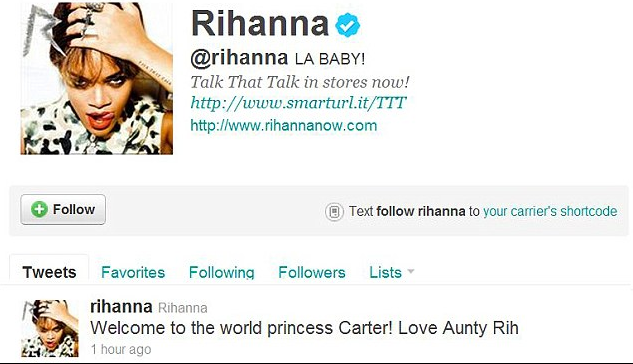 and her sister Solange showed her love.

Congratulations to the new parents.