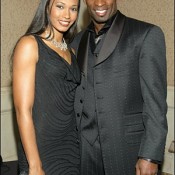 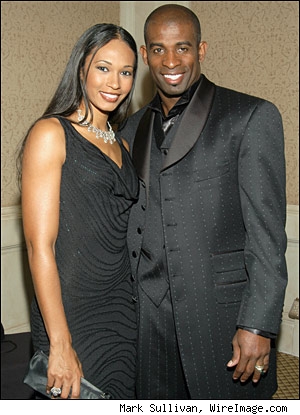 After Pilar acted like she didn’t know a divorce was coming and his 19-year-old daughter put her on blast via Twitter, Deion Sanders is finally clearing the air.

Dallas K104 FM got an opportunity to speak with Sanders about all of the recent drama surrounding his divorce announcement.

On his daughter Deiondra’s recent twitter rant
I apologize for my daughter. She loves her father and she felt like I was being abused and misused and she lashed out, which she’s sorry for. She wanted to get a lot of things out of her that’s been inside of her. But it’s unfortunate that that really magnified the situation.

On the rumor he has to buy Pilar a house that’s equal to his current home
That’s not true and the sad thing about it is when you separate you want to make sure your spouse/exes is taking care of. You want to make sure she’s straight. Getting a home that’s equal to—you can’t keep up with the up keep. To much is given, much is required. A lot of people who want to live like a baller or live like a boss -I’m not talking about Pilar- I’m just talking about society. You don’t realize there’s a lot of men who come along with that. There’s yardmen, there’s a housekeeper, there’s pool men; everybody got to get paid. You can’t maintain that unless you have employment paying you seven or eight figures. Okay, just understand that! You can’t live like that and it’s not possible when you don’t have the revenue that’s regenerating to keep up with the lifestyle.

On still living with Pilar while going through the divorce
The thing about it….Pilar and I are cool. I mean we’re cool. When I say cool, we’re living under the same roof. That’s true. First of all, I’m very calm. I’m not a yeller or screamer and I’m not even upset. It’s just another chapter in your life where you have to move on. And Pilar is cool too. And the home is large enough, but you gotta to understand we love the babies. I love my babies and I’m a father. It’s cool until the situation is worked out. That’s why you can’t believe what you read because if it was as ignorant as people would speculate it’s no way to be compatible. But I see her every morning. And I say, ‘What’s up?, What’s up, girl?’ It really is like that. That’s why you can’t believe everything.

Thanks to NecoleBitchie for the transcript!

Listen to the interview below:

Sanders said he will not be addressing the situation any further.

However, I don’t think this is the end.

Why do celebrity divorces turn into productions?