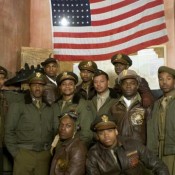 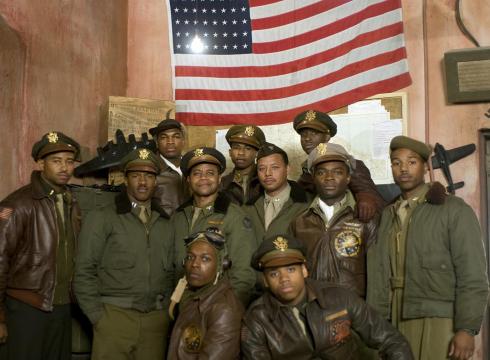 The man behind “Star Wars” has another film he’s been trying to market, but Hollywood has been less than enthusiastic.

George Lucas vented to The Daily Show’s Jon Stewart about his inability to find funding for his film”Red Tails.” The film has a mostly black cast and stars Cuba Gooding Jr. and Terrence Howard and was shot by a black director, Anthony Hemingway.

“This has been held up for release since 1942 since it was shot, I’ve been trying to get released ever since,” Lucas told Stewart. “It’s because it’s an all-black movie. There’s no major white roles in it at all…I showed it to all of them and they said no. We don’t know how to market a movie like this.”

The film is based on the story of the Tuskegee Airmen, the group of pioneering black pilots who fought in the United States’ segregated armed forces during World War II.

Why is it so hard to get historical films about us in theaters?

Last week, Lucas told USA Today that he was worried that if Red Tails was a failure, it could have negative repercussions for black filmmakers. “I realize that by accident I’ve now put the black film community at risk [with Red Tails, whose $58 million budget far exceeds typical all-black productions],” he said. “I’m saying, if this doesn’t work, there’s a good chance you’ll stay where you are for quite a while. It’ll be harder for you guys to break out of that [lower-budget] mold. But if I can break through with this movie, then hopefully there will be someone else out there saying let’s make a prequel and sequel, and soon you have more Tyler Perrys out there.”

Do you think “Red Tails” would be a film worth seeing?